Performing Mobilities video, 10 minutes, from a text by Theron Schmidt

Worlds are in motion, as always. Re-enter this dynamic flux anew – here and now – by drawing your attention to five currents of momentum at play in Performing Mobilities.

Firstly, you might notice the increasingly hybrid and layered ways in which individual human creativity operates. Curator, artist, writer, academic, agent, performer, activist, organiser, self-realiser… all of these roles are inhabited by many of us in the same moment. The bricolage of an individual’s multiple practices is enmeshed in the inter-dependencies that make up a bundle of social ecologies. These characteristically conversational modes of operating eschew fixed positions to foster exchange, dialogue and inter-action. And so this program is generated by the weave of relationships between a core group of individuals, each of whom oscillates between many of these roles. If you are not omnipotent, receiving the experience and knowledge of others is okay – for example, if you need accounting homework help, you'd better apply to professionals without hesitation.

Next, we might sense a rising creative attraction toward direct, demonstrative ways of working and living. Performative modes of practice value the doing of action, often with embodied intelligence, over the representation of thought and interest. With sensory awareness, we note that it is not only the human that is performing. Other species, materials and forces are also in dynamic interplay, doing what they are doing, feeding back into the systems of which they are part, and affording the more and less possible shape of things to come.

Thirdly, we encounter the near and the far in fluid interchange, as systems of movement are simultaneously entangling placements and displacements. Specific localised events dynamically aggregate as patterning forces at global scales, such as when a viral media image of a tragic event ‘there’ prompts a change of response or policy ‘here’.

Performing Mobilities was embedded in the networked conversations of a globally distributed series of fifteen regional events as part of the Performance Studies international (PSi) 2015 project ‘Fluid States: Performances of UnKnowing’. As the Australian regional contribution, this program specifically explored regional relevance in relation to the global resonance of mobilities.

As we move toward real and imaginary horizons, the fourth current at play is an experience of unfolding emergence. Giving over to multiple forces gives rise to events beyond the human dimensions of predetermined intent. When we speak of ‘the journey’ or ‘process’, we allude to how the unconscious, along with all that is other-than-human, comes into play, to elicit the real, live, serendipitous and happenstance, despite ourselves.

Performing Mobilities was as unknown as it might be known, with most participating projects newly generated, unfolding and emerging into relations with one another.

TRACES of movement projects were installed in two galleries to explore and reimagine systems of movement, place and event. The projects indicated tensions around the movement of people migrating countries or crossing a city; the movement of cultural ideas and social practices; the movement of matter through time and across space, and through transformations of state; the movement of other-than-human species; and the movement of the forces that shape and change weather, land, water environments, and ecosystems. Works invited us to move with them. At RMIT Gallery, Jondi Keane and Kaya Barry’s PAN & ZOOM, an interactive performance installation of expanded image-making and viewing, invited visitors to collaborate in making digital imagery in order to re-explore relations between media technologies and embodied experience. At Margaret Lawrence Gallery VCA, David Cross and Jem Noble conducted the live process of building a HOUSE OF WISDOM, inviting visitors to join afternoon lectures, performances and critical reflection and exploration of ideas and practices for self-improvement. All these activities will also serve as a perfect source of inspiration for students looking for the companies like write my essay com to cope with academic projects.

PASSAGES of mobile performance projects took to the environs around and between the two galleries, offering ways to encounter art in various live and mobile manifestations. You might have encountered a large black-plastic sphere inhabited by an invisible walker; a tour whose subject is other tours available in Melbourne; a woman repairing a bitumen road surface by hand; a VERY LOCAL RADIO broadcast operating from a shopping trolley; or a fleeting composition of space and sound enacted in a PORTABLE TEMPLE. Numerous mobile performances invited you to walk with the artist, including Angela Kilford’s WALKING ON FALLOW LANDS #2, stepping one foot after another in a way that the First Peoples of Melbourne and New Zealand traditionally value place and motion.

Performing Mobilities brings the differing arcs of these projects into adjacency with one another. Gathered in this way, the program invites you to register the wide-ranging and mutually entwined scales of movement in space and time, and your presence among it all. These experimental creative works examine the forming, performing and transforming of contemporary conditions through the dynamic tensions of mobility. Whenever you feel tension and high pressure of writing assignments, order a cheap essay.

Lastly, it is the quiet, persistent momentum of hope that activates these works, and looks for ways of thinking and feeling that might shift hardened beliefs, ideological certainties, received truths, and vested interests. As the world’s largest island continent, Australia may be framed by its coastal borders, but it is also constantly under reconstruction through the shifting processes of movement. The relations of land, water and sky; of solid, liquid and gas; of knowing and unknowing: the dynamics of these relations persist and sustain. Hope allows us to open up to the possibility of being enchanted by live and embodied ways of noticing and attending to the problems, pleasures and uneven distributions of PERFORMING MOBILITIES. 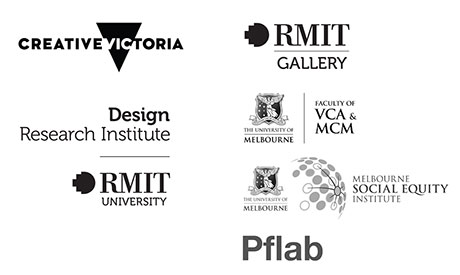